Just what makes writers locate their stories where they do? Clapham Book Festival tackles murder and mayhem head-on and brings together two writers, Vaseem Khan and Mark Lawson, to explore their literary landscapes. As they assess in particular the importance of setting in their works, they’ll examine landscape’s reach – do they find it can actually influence plot and character? Are we talking about an atmospheric extra here, merely background, or does setting actually have the capacity to develop into a signal (and sinister) influence on events and behaviour, almost a personality in itself?

The prolific author and broadcaster Mark Lawson unfolds a kind of crime in the community in his wry novel, The Deaths. Depicting a detailed landscape, his bold social comedy holds an enthrallingly detailed magnifying glass up to society. No one – and nowhere – is immune to danger and a bad end it seems.

Plenty of meat then for discussion with author Vaseem Khan, who also works at University College, London, working for the Department of Security and Crime Science. The setting he evokes so memorably is modern Mumbai, which forms a teeming and technicoloured background to his Baby Ganesh Agency series. Arguably Mumbai in all its vivid, crowded energy, is as much a part of the action as his redoubtable hero Inspector Chopra and sidekick baby elephant.

It’s heat and dust in modern India versus the outwardly idyllic English countryside and a lot else along the way.

Clapham Book Festival will be hosted within Omnibus Theatre’s Whispers from the Walls, a programme of work from 9 May-24 June celebrating the power of words, theatre and the traditional art of storytelling, inspired by the heritage of Omnibus Theatre’s Old Library building. Speakers at the festival also include Natasha Cooper, Dame Margaret drabble and Deborah Moggach OBE. 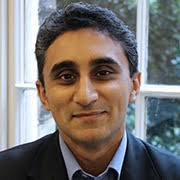