Crime Writers in Residence – at home with Dougie Brimson

My name is Dougie Brimson and I’m a former serviceman who fell into writing largely by accident. As a full time author and screenwriter, I’ve produced all kinds of books and movies from non-fiction through to comedy. However, having enjoyed a great deal of success with my previous two thrillers, and with the third book in that trilogy heading for publication, I thought the time was right to join the CWA.

In truth, my routine has been little different as my working day veers from promoting In The Know and working on my next novel to developing various film and TV projects.

In The Know is the third in a trilogy that began with the publication of the first book in 2000. In all honesty, there was only going to be the one but readers kept asking what happened to my central character and so it led up to this point. Much of the thinking behind this book was driven by current events and especially the increasing lack of faith in the law. It was exactly the kind of thing my central character would exploit and so once I had the time, I let him off the leash. It was actually quite an exciting process.

That’s not for me to say although the previous two books have sold almost 400,000 between them so I must be doing something right. What I will say is that whilst In The Know works as a standalone book in its own right -and I was very careful to make sure of that- it works better if you read the other two first. However, be prepared to enter a very grubby world. My central character isn’t your average villain. Far from it.

I’m ashamed to say that the only things I’m reading at the moment are technical aviation books as I’m busily researching a new thriller about the RAF. However, I do have a copy of Lockdown by Peter May shouting at me for attention. It looks awesome.

Predicable, but visit my daughter and grandchildren in Lincolnshire.

You can find out more about Dougie Brimson and his books on the CRA website. 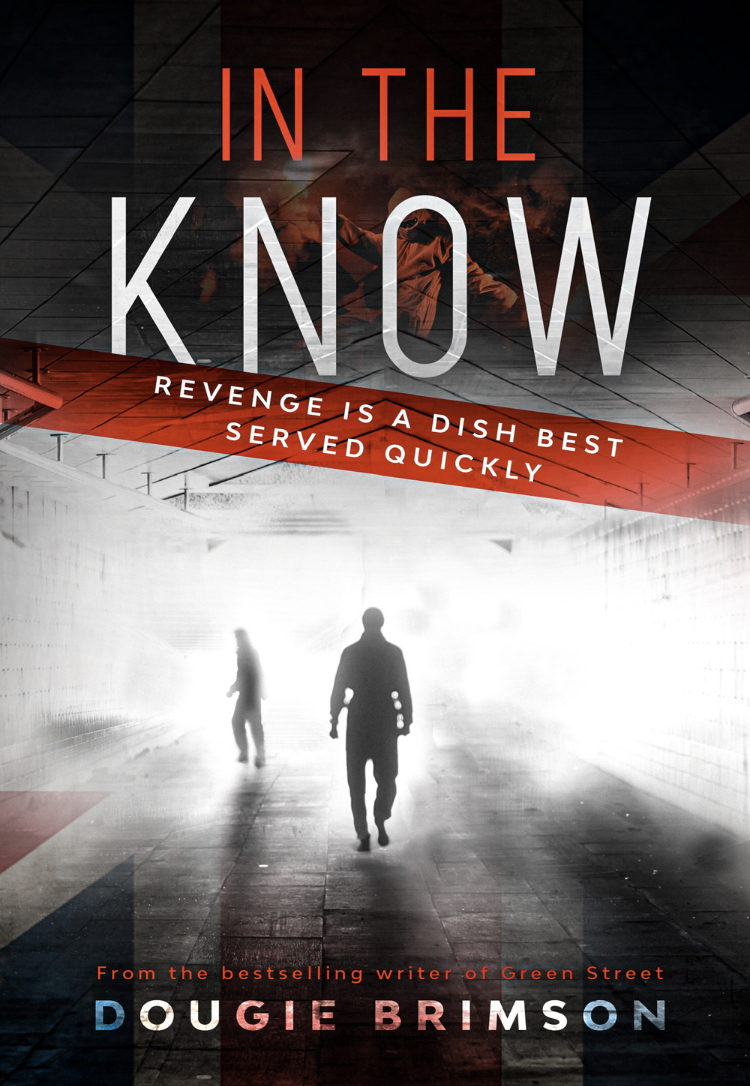